Paradigm Health is proud to showcase high school Civil Air Patrol cadets from the McKenzie Center for Innovation and Technology as they create and share Veterans Day essays about why Veterans Day is so important to them personally. The cadets, students of Lieutenant Colonel Frank Merrill — a Civil Air Patrol pilot himself — will videotape a few of the cadets reading their essays so that Paradigm Health can share these messages of gratitude and honor to veteran hospice patients in several healthcare facilities throughout Central Indiana. The students’ essays celebrate and acknowledge the veterans who have sacrificed so much for the freedoms we all enjoy.

As partners in the We Honor Vets program, Paradigm Health initially wanted to find a project that would celebrate veterans but would also include a youth component as well.

“This collaboration celebrates an intergenerational component and we thought it was a powerful way to engage students, help them visualize history, and show their gratitude in a meaningful way,” shares Paradigm Health Volunteer Coordinator Rockea Bell. “Volunteering and service to others are such important actions we can contribute, especially during the pandemic, and this project is one we know will spread cheer and positivity virtually.”

A special pinning ceremony will take place at the facilities, with safety and social distancing as a priority, after the videotaped essays are shared.

When Bell originally reached out to Lt. Col. Merrill he was excited to involve his students in a veteran’s recognition project. During class, he initially asked how many of them had veterans in their own families. He was pleased to learn so many of them had dads and uncles and other family members that were involved in military service.

“I asked them if they knew when Veterans Day actually was and many were not sure,” says Lt. Col. Merrill. “I shared with them that Veterans Day always fell on the 11th day of the 11th month – November. There were many in the class who were interested in writing an essay and submitting it for extra credit.”

Lt. Col. Merrill is an exemplary mentor. He joined the Civil Air Patrol in 1974, became a licensed pilot in 1978, and still enjoys flying when he can. He’s been mentoring and working with Civil Air Patrol students since 2006 and has had over 400 students come through the program since then. Through the years, he has had two student cadets attend West Point, one attended the Naval Academy and four have gone on the Air Force Academy in Colorado Springs.

“Being able to bring these veterans and youth together in some way — even if from afar — has been a very special project from the beginning,” says Bell. “Taking the time to let all veterans know how much they are appreciated is something we should do outside of just one day a year. Hopefully, a volunteer project like this one that celebrates honor and respect and at the same time educates will be rewarding for both the students and the veterans who have been a part of it.” 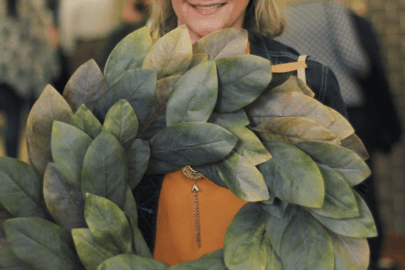 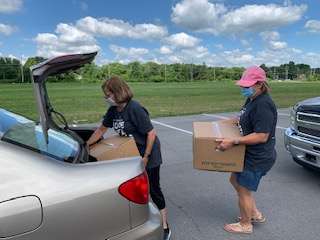